Canon releases a 1-series body every four years to coincide with
the Olympics. They’re built for speed and performance, and those
four years are put towards perfecting the next generation pro-level
sports shooter. And perfected it is exactly what Canon has done,
with the EOS 1D X
Mark III one of the best cameras
currently available – be it mirrorless or DSLR.

And the 1D X Mark III is a bit of both – while it’s a DSLR
at heart, the 1D X Mark III delivers spectacular results with the
mirror locked up. In fact, if Canon had decided to forgo the mirror
completely, the 1D X Mark III would have been one heck of a
mirrorless marvel. So much so that we found ourselves comparing it
with Sony’s latest sports camera, the Alpha A9
II.

That’s the direction cameras are going in any case – the
future of photography is mirrorless and it’s highly likely that
the Mark III will be Canon’s last flagship DSLR.

If that turns out to be true, then Canon’s DSLRs are going out
with a bang. The 1D X Mark III has some interesting tech under the
hood that gives us a glimpse into the future of Canon’s cameras
– starting with the new Digic X sensor. This chip, currently
found only in the 1D X Mark III, is so fast that you can watch the
focus box lock onto a subject and track it in real time, with
practically no lag. With most other cameras, Canon’s own EOS R
included, you’ll always find that the focus box needs a little
bit of time to catch up with the subject. Not so with the 1D X, and
that helps keep the autofocus in, well, focus. 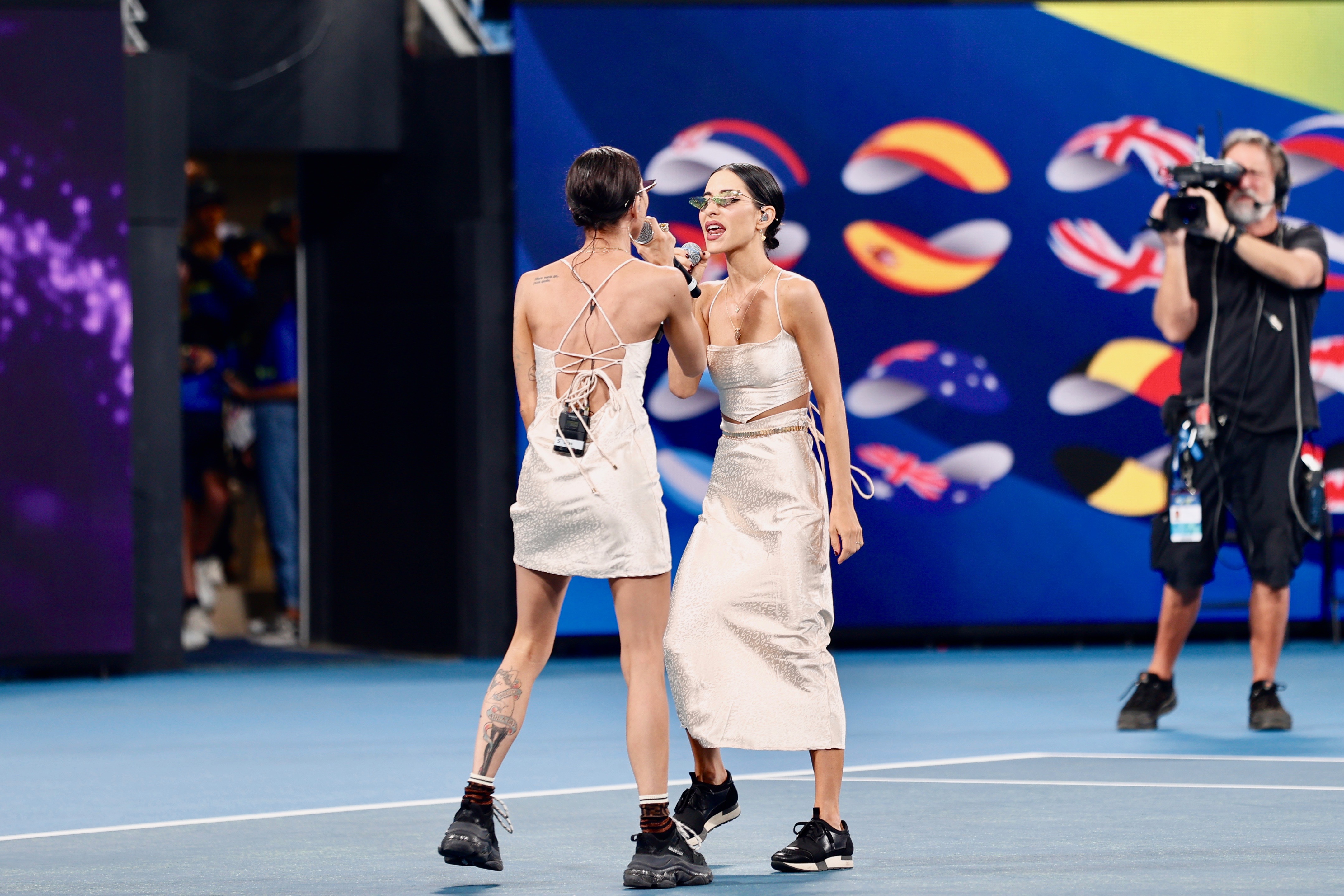 We were lucky enough to spend an extended period of time with
the new DSLR and were able to test it in different scenarios –
from indoor tennis to beachside surf shoots in the rain, and even
in bright sunshine at the zoo. We even tried still life. No matter
what we threw at it, the 1D X Mark III produced fabulous
results.

When used as a DSLR, that is with the mirror down, there are 191
AF points to choose from. And like any DSLR, those points are all
clustered around the center. Lock the mirror up and use the 1D X
Mark III as a mirrorless camera and there’s so many more
selectable points. They’re spread through the entire frame, so if
your subject ends up at the edge of a frame (as will be the case
for many sports) you’ll still be able to capture images that
focus squarely on the face. 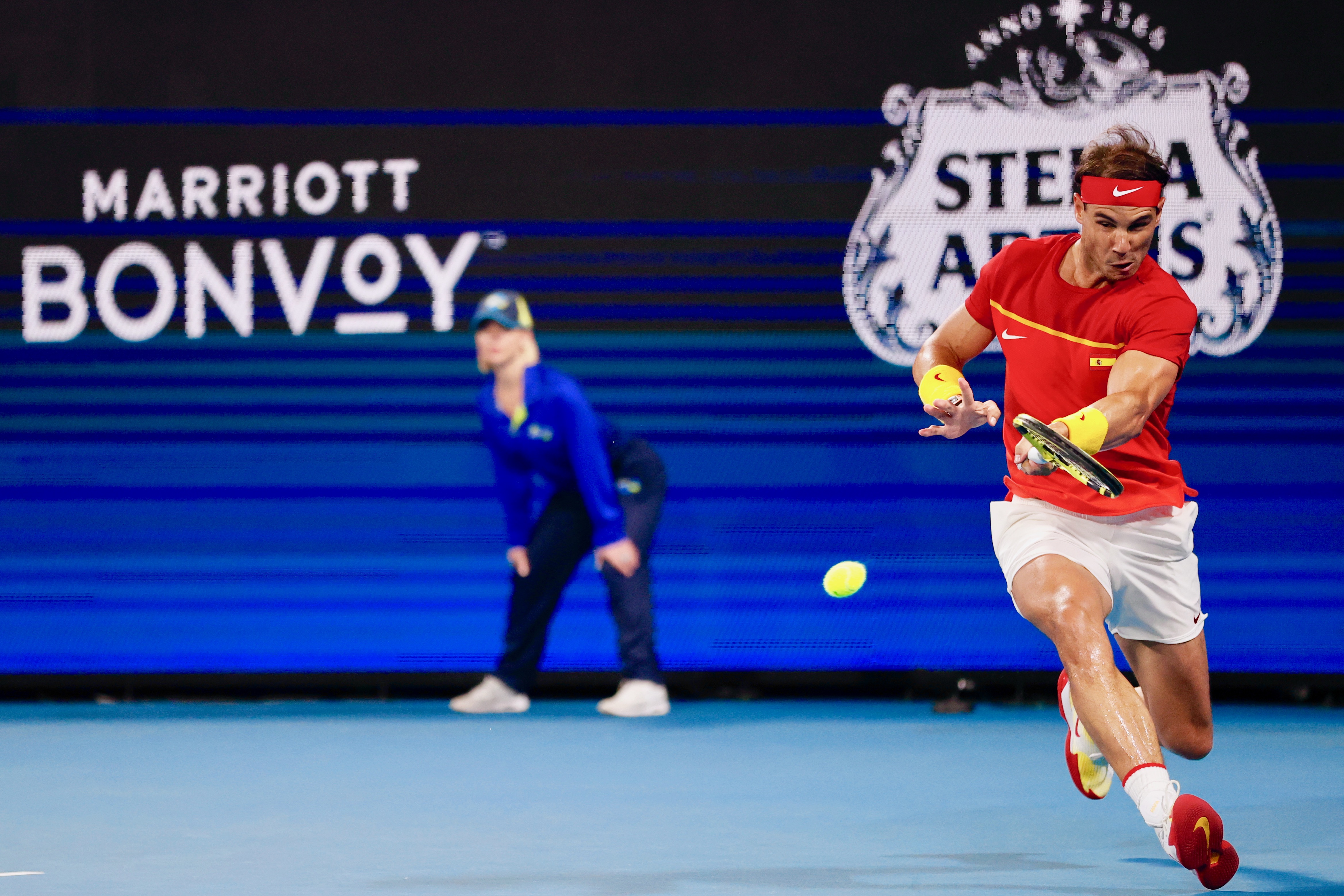 That’s also because, as a mirrorless camera, it tracks moving
subjects almost seamlessly in real time. We say ‘almost’ as
it’s not absolutely perfect. As you’re tracking and others (be
it posts, umpires or other athletes) get in the way, the camera
does lose the subject, but it’s pretty much always for only a
very short time. Tracking with the 1D X Mark III is a breeze, and
we’d go so far as to say it performs better than Sony’s
tracking on the Alpha A9 II.

That’s not to say we’re complaining about the Sony’s
tracking and autofocus performance – the A9 II takes a tad longer
to find the lost subject again, while the Canon does so just that
much quicker. And in the competitive arena of sports photography,
it could be that split second that makes all the difference to
capturing a winning moment. It’s by far the best tracking
performance from a Canon shooter yet. 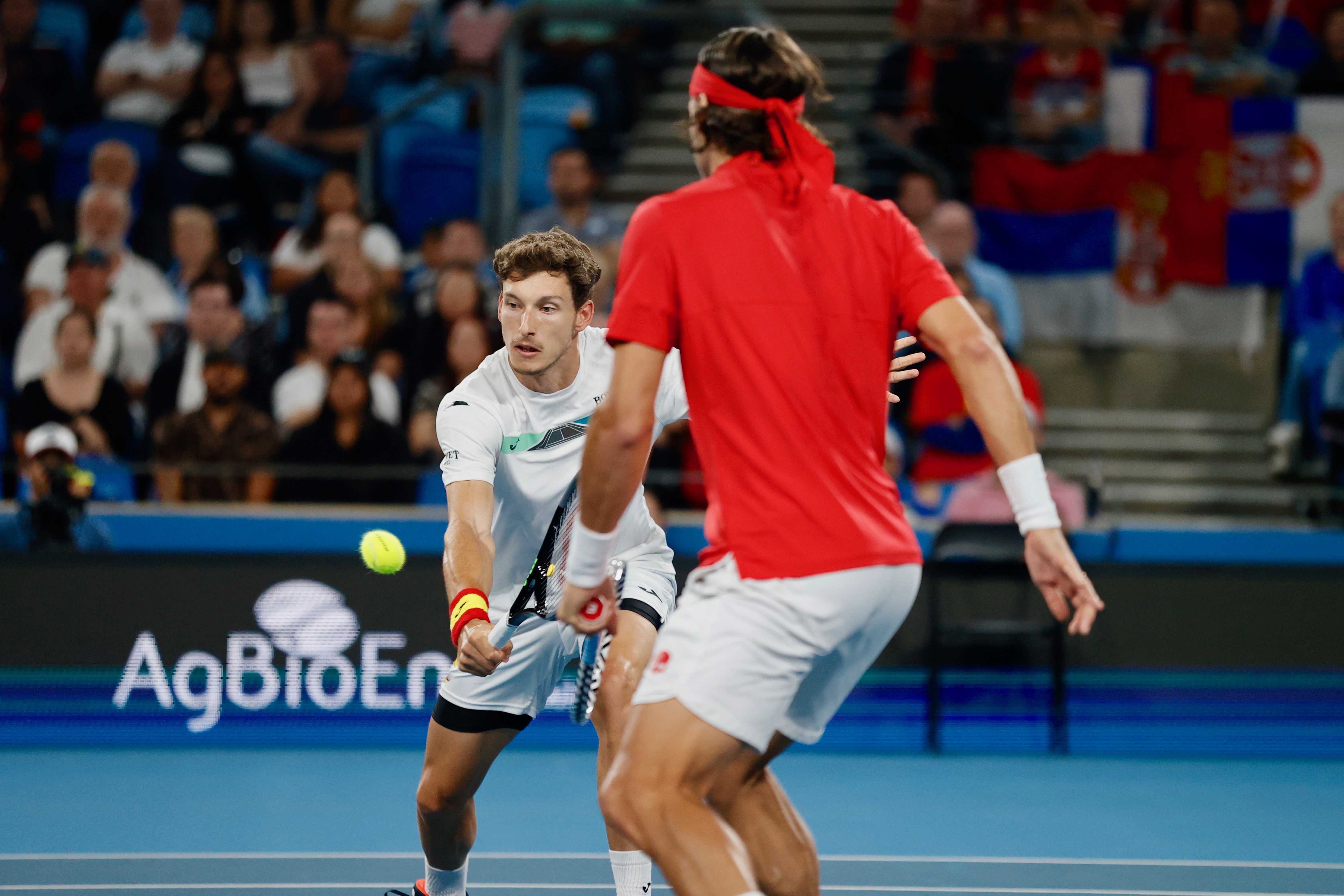 Where the Sony A9 II excels, though, is eye AF. It’s almost
always spot-on, while Canon’s face and head detection works a
charm. Eye AF, however, isn’t as important in sports photography as
in portraiture.

Another factor that makes the 1D X Mark III’s AF performance a
winner is the new Smart Controller. This optical, touch-sensitive
pointer is much quicker to use than the traditional joystick on any
modern camera. In fact, it’s also much faster than using the Mn-F
touch bar that Canon has on its current EOS R flagship. The
lightest touch and the smallest movement of the thumb is all
that’s needed to move the focus point around. If it’s too
sensitive for you, there are options in the menu system to change
that.

In fact, Canon’s autofocus tech on the 1D X Mark III is good
enough to not even need the Smart Controller. More often than not,
the camera locks on to the correct subject, unless there’s too
many things happening within the frame and that’s not something
we can complain about. It’s a shame that Canon has not carried
the Smart Controller over to the upcoming
EOS R5 mirrorless camera but we’re expecting the AF system on
the next full-frame mirrorless flagship to be just as good as the
1D X Mark III’s. 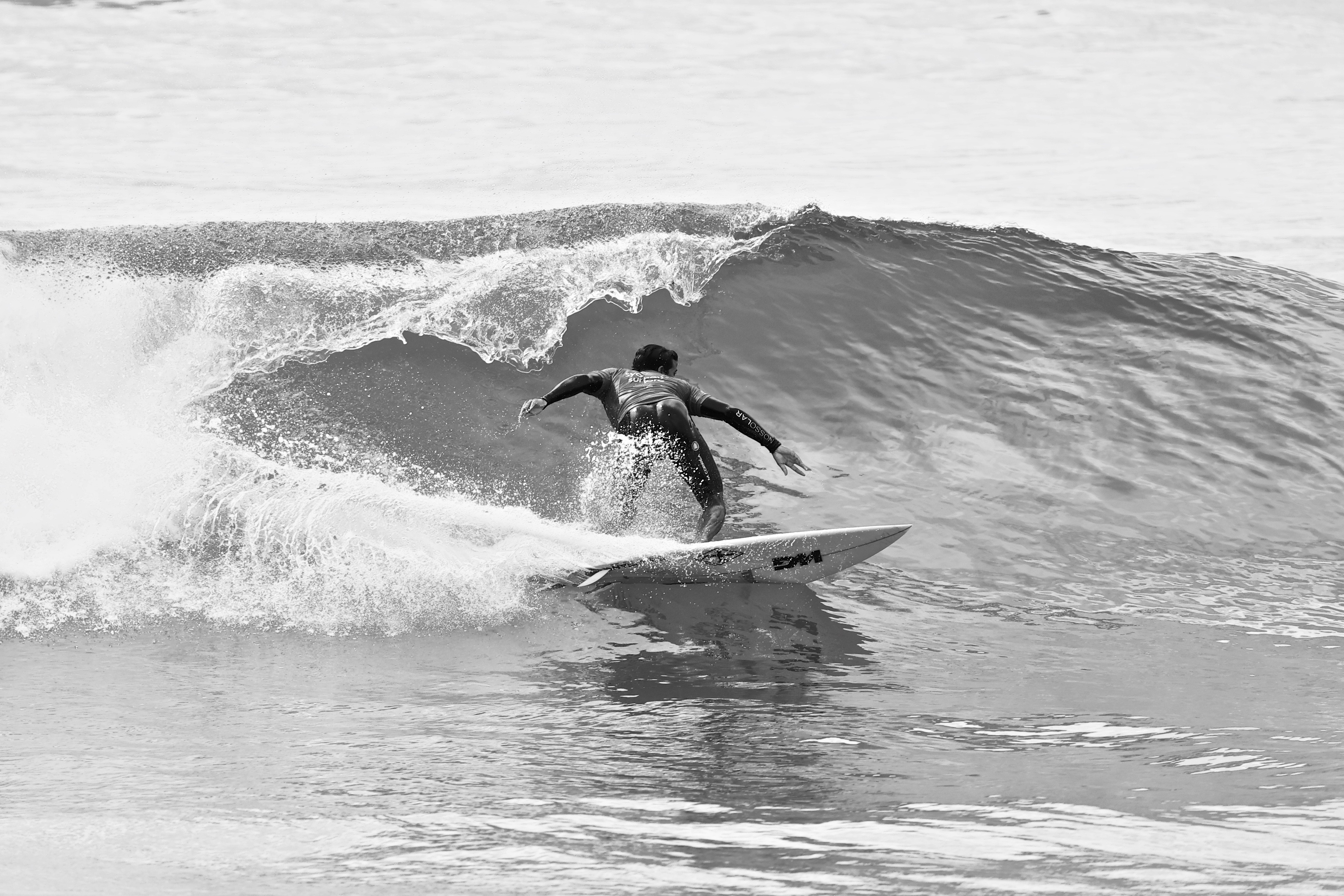 Of course, it’s hardly fair to talk about autofocus
performance without taking into account which lens you’re using.
Older lenses – like the Canon EF 200-400mm f/4L IS USM Extender
1.4x (launched in 2013) that we used during a surfing competition
in Sydney – can be comparatively slower than newer ones like the
EF 70-200mm f/2.8L IS III USM (released in 2018). Despite that, the
camera is able to cope and you will get plenty of great shots, no
matter what lens you’re using – particularly since there are so
many superb native options to choose from.

The Digic X is not the only processor under the hood here. The
1D X Mark III also has a Digic 8 engine that it utilizes for
exposure metering when using the camera’s optical viewfinder
(OVF). There’s also a new 216-zone 400,000-dot RGB+IR metering
sensor (up from the
1D X Mark II’s 370,000-dot variant), while Live View utilizes
384-zone metering system. 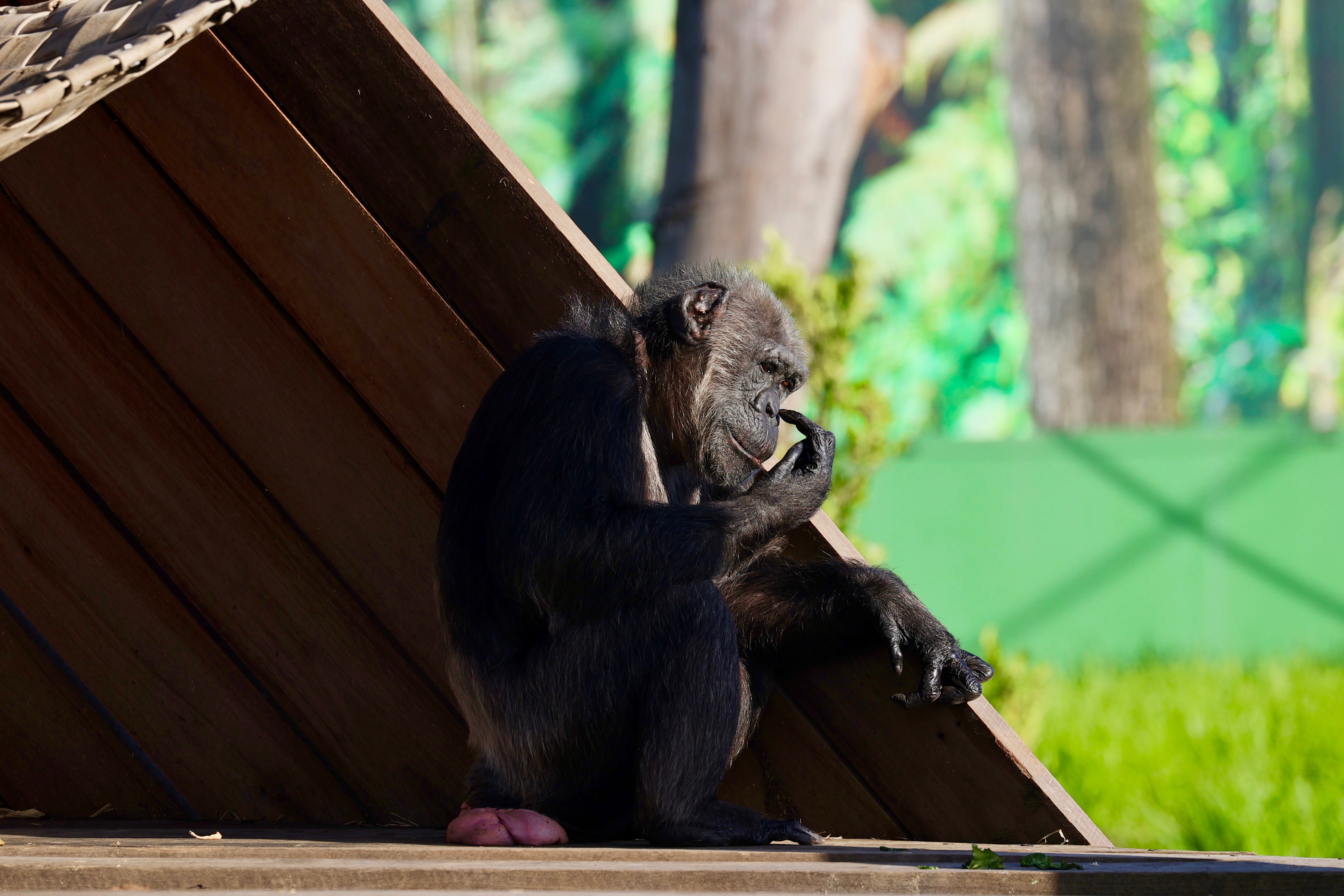 The upgrades go a long way in making sure you’re able to
expose correctly for different scenarios. When capturing dark
subjects against a light background, for example, it can be
difficult to capture details in shadows. However, choosing the
right ISO and opting to use Spot metering for individual subjects
makes easy work of it all.

Add to that the ability to capture HEIF images means there’s
plenty of details you can retrieve during post processing, as we
did with the chimpanzee image above. While the chimp’s face was
perfectly exposed despite the sun being too bright behind the
animal, the rest of her body was lost in shadow, and there was no
trace of the sexual swelling this female had in the original file.
Some minor tweaks with a basic photo editing app (in our case
Apple’s Photos app on a Mac) was enough to bring out the lost
details. 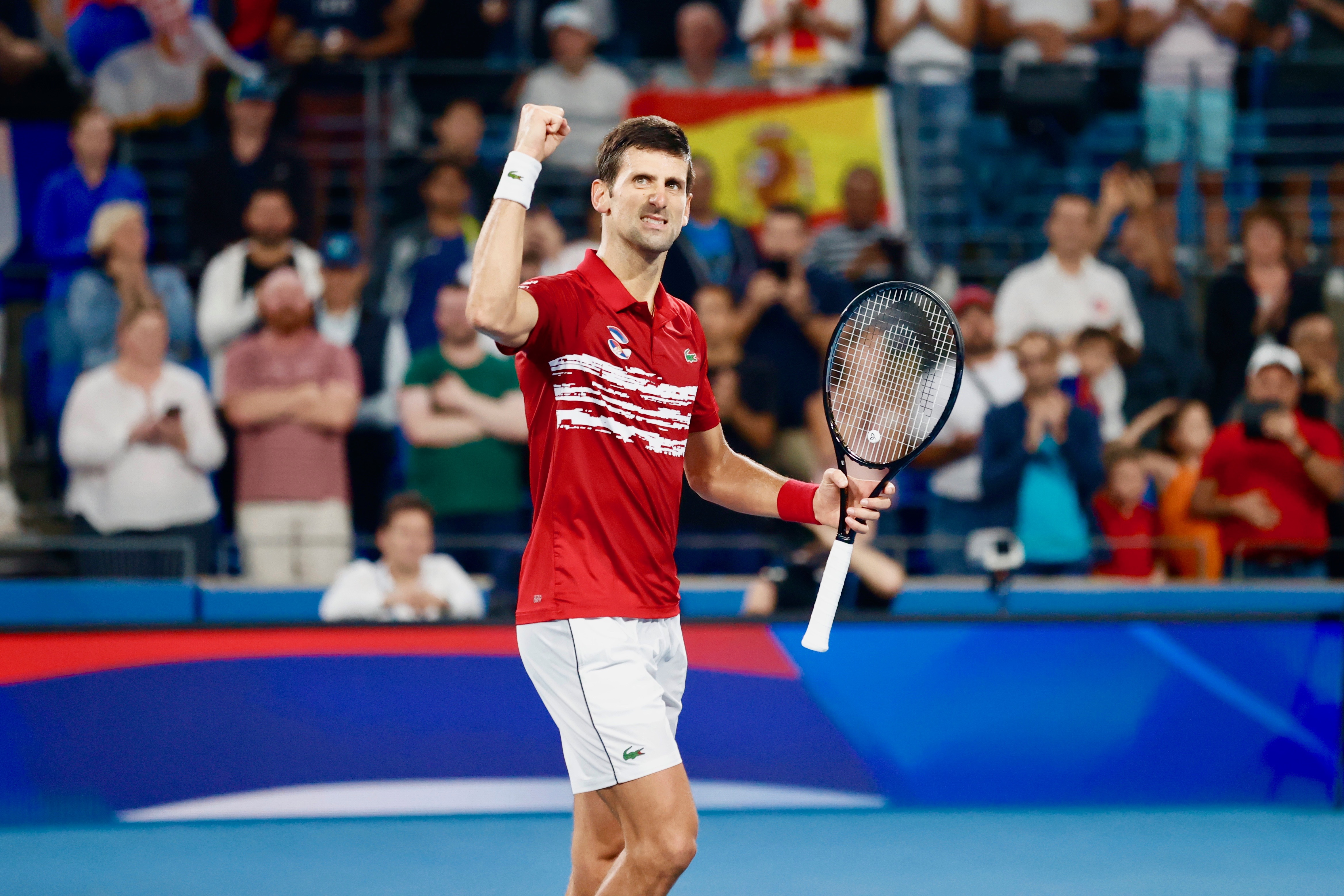 Shooting at high ISO values (for example, ISO 8000 in the case
of the image above) is also not a huge problem for the Canon 1D X
Mark III. There’s no evidence of noise at ISO 8000, although go
up to sensitivities as high as ISO 21,800 and the Sony does a tad
better. That said, the current low-light king is still the
Nikon D5, and we’re expecting the
D6 to perform just as well, if not better, in those
situations. The need for speed

The 1D X Mark III’s speed is also something that sets it apart
from mirrorless cameras like the Sony A9 II. Both cameras top off
at 20fps bursts, but the Canon can do so in mirrorless mode when
using its mechanical shutter. On the other hand, the A9 II is
capable of 10fps continuous shooting with its mechanical shutter.
In silent mode, the Sony can manage 12-frame bursts, but hits 20fps
only if you’re willing to capture compressed RAW files. The Canon
achieves that speed by spitting out full-res RAW files.

And then there’s the buffer depth, which is just shy of
unlimited (while the Sony A9 II is rated for 361 JPEGs). Add to
that the adoption of CFexpress memory cards for the 1D X Mark III
and you’re saving hundreds of images almost
instantaneously.

We will admit that, at one point during the ATP Cup tennis
finals in Sydney, we got distracted and had the shutter pressed for
longer than we wanted and/or needed and ended up with upwards of
2,000 RAW + JPEG files… the Mark III barely blinked before it was
ready for use again, and all files saved to card. We would never
recommend doing something like that, unless you were testing the
feature, but that one mistake gave us a very good idea of how
quickly the camera processes files.

You’d think that many of the images captured during that long
burst would have resulted in the vast majority being out of focus
– we were genuinely surprised to find that the vast majority were
on point, with only about 50 shots out of focus, and even they were
usable if you didn’t crop in to zoom into the subject. Goes to show
that the 1D X Mark III just carries on with the job at hand without
needing too much from you. 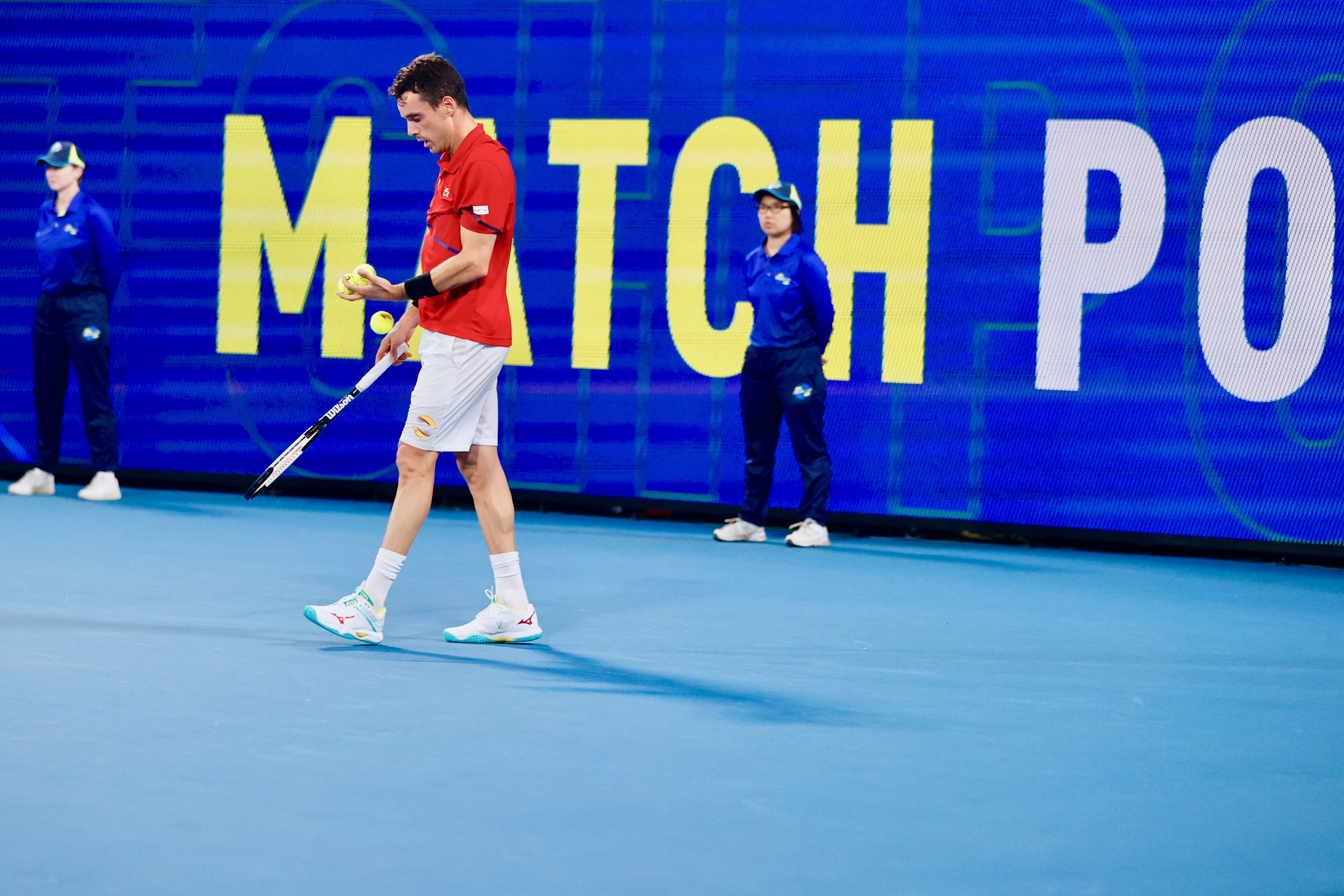 Do what you will

The 1D X Mark III is a large beast. It’s not a traveling
companion and it’s not cheap. While it’s very tempting to
recommend the camera to practically any advanced photographer, it
does need more than some spare change to purchase. That said,
it’s a camera that will let you do anything, even if you aren’t
a sports or press photographer.

You may not need intelligent autofocus that’s fast and precise
as a landscape photographer, and you likely won’t need 20fps
bursts as a wedding or wildlife photographer, but the fact is the
1D X Mark III can handle it all. Even video.

For a company that shied away from offering 4K video at a time
when the competition had made it the norm – and, when it did
arrive, it wasn’t using the full sensor – the Mark III’s
video capabilities impress. The 1D line was never designed to be
used as hybrid cameras – they were historically meant for stills
– but Canon has shown that it can keep up with the times, and
we’re looking forward to seeing what the EOS R5 can do.

Source: FS – All Tech News 2
Here's why Canon's 1DX Mark III is a better sports camera than the Sony A9 II

Portable chargers on sale this weekend for 25% off